This became particularly important in my later photography when I began taking pictures of children and families living in poverty. Vulnerable people are so often photographed in miserable or discouraging situations, sometimes their suffering even inscribed on their faces or bodies. This is an important reality to capture, however, a person at their point of grief and vulnerability is not his or her mental image of who he or she is.

I learned this when I took photographs of a tiny child in a Costa Rican shantytown. I took photographs of lots of kids that visited a community center I helped out at weekly. Sometimes I printed copies off and gave them to the kids or their families. Once I entered a home and saw that a photograph I’d taken of Britani had been enlarged, printed on canvas, and put up on the family’s wall. Once the youth in the barrio got internet and facebook accounts, they began posting photographs of themselves that fellow missionaries and I had taken of them. They also began reviewing the photo albums we’d created about projects we’d done in their neighborhood. Suddenly, the integrity of our photographs was being reviewed and verified by the people we’d photographed. And I concluded that the greatest honor is when someone selects a photograph you’ve taken of them as an accurate representation of who he or she is. Whenever someone uses a photograph I’ve taken as a facebook profile picture, or prints one off for their own personal collection, I swell with pride knowing that they see something in the photograph that rings true with how they perceive themselves. There is a spiritual continuum for me in my photography – to see someone as I see them, then to see them as they see themselves, and to finally see them as God sees them.

The important of photographic integrity and respect for people we photograph is a crucial virtue of a good photographer. I have taken many photographs of Britani and her family. She lives with 18 others in a cramped shanty in one of the poorest and most feared barrios in Costa Rica. Britani suffers from sicknesses resulting from malnutrition and the harsh environment of the slum she lives in. I lived with her family for several months, during which bleeding-heart U.S. do-gooders would occasionally visit and take photographs of our home and the family I was living with. I am critical of “trauma tourists” that exploit the suffering of others and post albums of their images that invoke pity and ego-stroking admiration from their friends back home.

I showed Britani and her family all the photographs I took of their family. When I showed them a photograph I took of her one morning with disheveled hair standing in the street next to an open stream of soapy gutterwater by her feet, they threw back their heads and laughed. “Caption that one, send money for this poor child!” Karla laughed. “See if you can get anyone to give money for this poor kid!” She was joking but she had correctly identified how the photo fit into a “genre” of miserymongering we are used to seeing. It’s become so overused in the United States that we know the category of photography as soon as we see it. I recognize it immediately as the most popular topic of photography taken in Haiti, the country I grew up in and whose beauty I still feel nostalgic for. 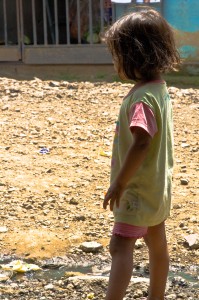 Someone send money for this poor kid

This photograph is not one that will get reprinted and enlarged for their wall, however. Nor is it representative of who Britani really is. Despite the miserable living conditions she’s had to grow up in, compared to what I am used to, Britani is vivacious and animated little girl. The photograph below is the one she asked me to take of her one morning when she had bathed and dressed up to visit the clinic with her mom. 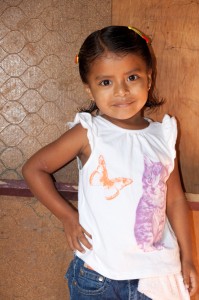 And my personal favorite of little Britani, whose laugh and image has changed me in many ways into the person and photographer I am today. 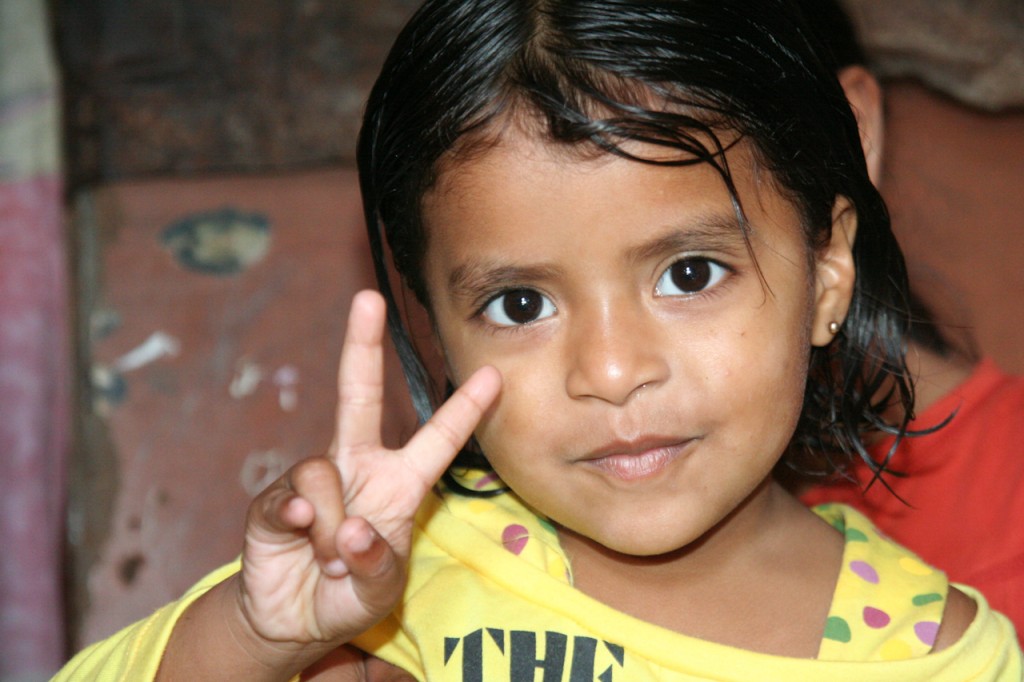