Nothing gets left out 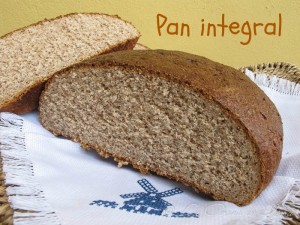 f you’re shopping for bread made from whole-grain flour in Latin America, what you’re looking for will be labeled “pan integral.” “Whole” bread. My favorite is French labeling: “pain complet”, which is like “complete” bread, but looks more like complete pain. If you’re content with just bleached, spongy white-bread and haven’t ever bothered to try the rich wholeness of pan integral, no need to read further. If you’re not interested of taking a taste of life to the full, stay content with where you’re at. END_OF_DOCUMENT_TOKEN_TO_BE_REPLACED

La Carpio is a place you will fall in love with at first sight. Well, maybe not everyone does, but I did. I thought it would be a brief flash of interest, like a short-lived crush. But I still love the place. I continue to see things that stick with me, images and stories that pierce deep into my heart and refuse to fade away. I believe La Carpio, and places like it, set God’s heart on fire with excitement and passion; at the same time they break it with pain and longing for reconciliation. And maybe that’s why He feels closer there.

A lot of the photographs and videos I post try to show images of the people, the places, and the interesting things that make La Carpio unique and special. There is so much beauty in the people and the culture of La Carpio: hard-working families, smiling, laughing kids, creative poets and acrobatic dancers, graffiti artists, and entrepreneurs. There is so much beauty, so much passion and excitement and love, so much hectic social activity that seems chaotic but when you look closer you realize people are organically bonding and growing in such a dynamic way.

So here’s my most recent video about La Carpio, once again highlighting the beauty, the color, the smiles, the familiar sights, the hard-working families, and the warmth that you feel if you take the time to get past all the negative stereotypes, and the very real fear and danger that exists there as well. The violence and instability are real, and frightening; but I choose to hope that the good is stronger and will win out.

Even as I write this entry now, it seems like the violence and exploitation is winning. It’s taken on dimensions too dark to speak about, too evil to name. But there’s a tiny chance. A small voice that’s spoken out, a small hope for healing and restoration has been spoken into the darkest crannies of the slum. And that’s the voice I’m listening to, and believing will win out in the end.

And as far as the video is concerned, these are the images, the celebrations, and the social coherence that I hope wins out. Set to another lyrical psalm by local rapper Douglas “Transformer” Contreras, this one asks a question: where are YOU going? And I punctuated it with a phrase from one of his other songs:

The Celebration of Discipline

I wake up this morning having just finished The Celebration of Discipline by Richard Foster. This is my second time reading through this amazing book, and although this time I didn’t have the thrill of encountering something new and unexpectedly moving, I had the feeling of revisiting an old friend, of catching up and taking tabs on how I’ve been doing.

And now, having finished the book, I wake up and I feel a sense of loss. I want to pick it up again and read more, but the book has said what it was written to say, and left it at that. Now it’s up to me to follow the advice and actually put into practice some of the disciplines it recommends.

In a sense, though, it is so tempting to me to just want to read about them, think about them, and praise their effectiveness. That would be far easier.

It is amazing to me how refreshing and liberating Foster writes about these disciplines. It is toward that spirit of freedom that I am so strongly attracted. I understand why he describes these practices as “disciplines,” which seems a stronger word than necessary but is a crucial reality check in today’s world. Does the fact that contemporary society seems so hostile to these disciplines make them even more attractive to me? In a sense, perhaps they are attractive partly because they feel revolutionary, subversive, and a mockery of what modern society suggests is so important. Incidentally, because Christianity is so closely tied with Western culture, many of these disciplines run contrary to popular Christianity as well. That is, you may find Christians being the most discouraging in your attempts to put them into practice, often offering polite corrections to what they see as threateningly zealous, yet misguided and antiquated practices. In any case, I’d like to think they are attractive because they are a refreshing alternative to the exhausting demands and expectations that our modern lifestyles demand of us. Once put into practice, these disciplines become familiar and they are missed!

I was just listening to a lecture by Walter Brueggemann on the Old Testament Law, and he mentioned something and one of the questions asked him by the audience mentioned something that finally shaped a more complete concept in my mind of the role of holiness and justice in Christian life.

Brueggemann doesn’t hesitate to use specific examples in contemporary U.S. American society, specifically addressing the animosity between the largely homogenized polar opposite groups of conservative/Republican/evangelicals and liberal/Democratic/secularists. His specificity in addressing these two camps, and this particular comment about Old Testament Law, helped “unite the two so long divided” in my mind. Psychologically speaking, another epiphany moment where a long-held division of dissonance was resolved to unite my experience, beliefs, and behavioral values in a way that is really rather exhilerating.

Something was mentioned about the Old Testament’s call toward two innate attributes of God. Both these attributes are supported by the Old Testament law, by the narratives told and retold throughout Jewish history, and the teachings of Jesus. From all these founts of wisdom come a testiment to God’s holiness, and a testament to his justice. These are inseparable in our one true God – he is completely Holy and calls us to that same holiness. And he acts on behalf of the poor, oppressed, and enslaved – he is justice, and he calls us to that as well.

These two paths are inseparable – justice and holiness bond and reinforce each other in chemical-reactionary type way. Without holiness, the pursuit of justice is pretentious, pejorative, non-sustainable, and exhausting. Without justice, holiness is divisive, self-absorbed, incomplete, and numbing. These two must go together, as we learn they do in the Bible. The Law is given to create a holy people, one set apart from the other nations in their obedience to God. Holiness. The Law also details protection for the widow, the orphan, and the illegal alien, and how a society can live together peacefully by ensuring all its members are cared for. Justice.

The recipe for a whole-hearted pursuit of God is one that is rooted in love, love for him and his holiness, and love for others in a compassionate response of justice.

Brueggemann also makes a critical generalization about U.S. American society that I feel holds true across party lines. Consumerism and materialism is a plague, or at least an ungodly cultural pressure, that infects everything about our daily lives. To perpetuate its momentum and keep consumerism running, our society is kept in a state of fear instead of hope. We see this technique used across party lines.