WE ARE LA CARPIO. 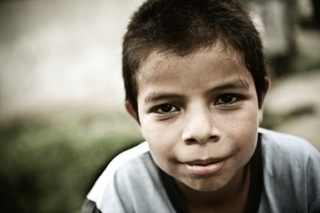 This video is titled “WE ARE LA CARPIO” because La Carpio is one of the most marginalized and stigmatized zones of Costa Rica’s capital, and in a way, how we treat the people on the perimeter of society says something about all of us.

La Carpio is notorious for a lot of things, one of the main things being a constant stream of negative media coverage and sensationalized stories of crime, delinquency, and poverty. Spending time with the kids and the families there, though, you’d never guess it. I created this video as a deliberate attempt to provide counter-imagery to the typical coverage of this barrio.

It worked. The video was used by the University of Costa Rica and other social workers to show what La Carpio is “really like.” It was shown on Repretel (channel 6), again, to show the reality of how families live in that area. It was quite popular with some of the families in the video, as well, who I went back to visit and gave a copy of the video.

Making this video was a lesson for me in perspective and journalism/videography that is responsible to the community in which its created. That is, as I was making it I originally wrote a script in English, and it sounded like most of the dry, informative statistical information about the danger of the barrio. I changed it to Spanish for a class at language school, and decided to give a copy to some of the people in the video. Once I made that decision, I realized how… well, that no one is interesting in statistics and sensationalized news reports of their own area. Writing the subtitles in Spanish, and with the intention of being viewed and enjoyed by locals, I suddenly was thinking from a different perspective, and it made a difference in what I wrote. What resulted is something that people in the community are proud to watch, and that showed the stigmatized barrio in a different light.

I used a similar technique in my video about the Haiti Medical Mission Trip. The outcome is so powerful I often rewatch the videos and feel like I am there all over again. I also feel my indebtedness to the communities who host us and teach us.

See a modified version on youtube. There was a problem with the music copyright so it couldn’t be viewed in Costa Rica, so I added a different version of music. The version on this page, though, is the original idea.

One thought on “Somos La Carpio”